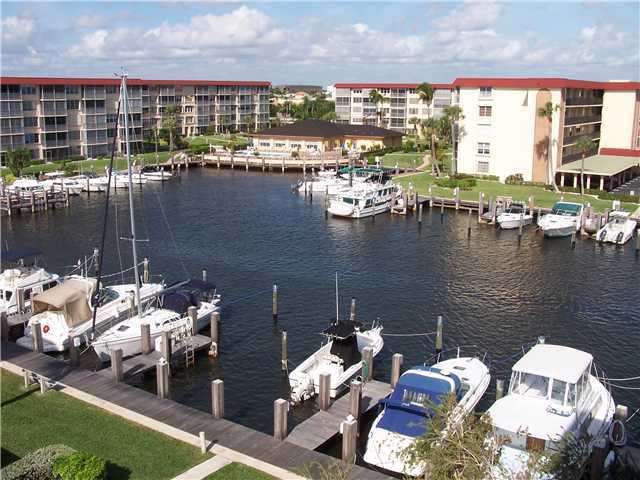 TROPIC BAY CONDO-Tropic Bay Condo, one of the best kept secrets in southern Florida.  Located in South Delray Beach, situated on 18 acres between the Intercoastal Waterway and Federal Highway, Florida’s main North-South artery.  The “waterfront” is your own secluded harbor just off the Intracoastal.
Just outside your door are heated pools, barbecues, shuffleboard courts and a putting green.  Tropic Bay has two completely equipped clubhouses with billiards, ping pong, built in bars, complete kitchen facilities and dance floors.  The Boat club also features exercise rooms, saunas and showers.
The three swimming pools (two overlooking the harbor) are heated for year round use.
The thirteen buildings are lushly landscaped. Each has a covered parking space for the owner and additional parking for guest.
Although Tropic Bay is a very quiet and peaceful kind of place, there is no excuse for being idle here, unless you want to.  There’s a lot to do.  There are many recreational and social events planned throughout the year as well as trips to various attractions.
Tropic Bay features not only a private inland harbor fully equipped with 56 piers to accommodate boats from 20 to 45 feet but also has a wide range of indoor and recreational facilities.
At Tropic Bay you are only minutes away from everything on the Gold Coast: shopping, churches, airports and entertainment.  Less than two miles from downtown Delray and the city beaches.

© 2022 Beaches Multiple Listing Service BMLS. Information deemed reliable, but not guaranteed.
This site was last updated May 20 2022 3:39:35 am.
Rover IDX